History of the Diamond Industry 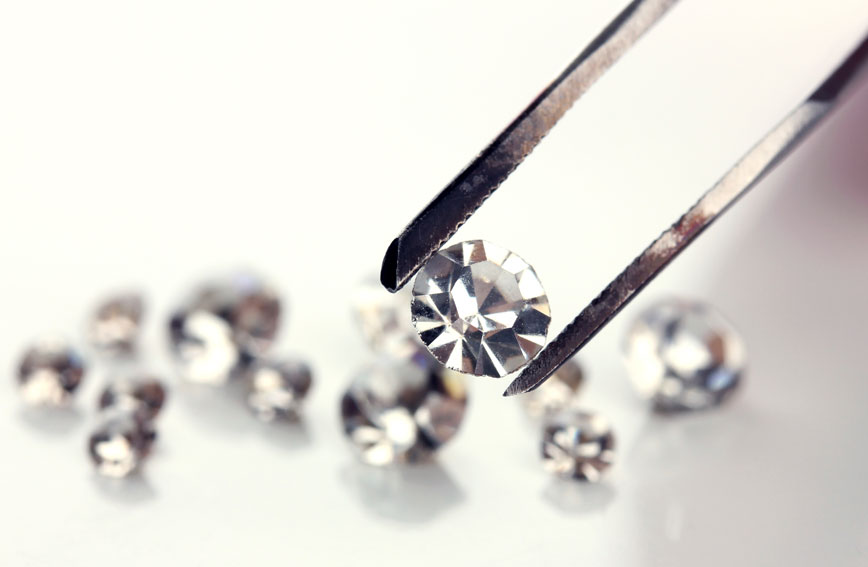 Before becoming a beautiful piece of jewellery and often a treasured heirloom, a diamond undergoes a long and fascinating journey.

Below is an historical timeline indicating the key events which have shaped our industry into the global phenomenon it is today.

In 1871 the first diamonds were discovered on a farm belonging to the DeBeers brothers in Colsberg Kopje, South Africa. This area was then called “New Rush” and later renamed Kimberley. The diamonds were mined on the Kimberlite pipe which formed part of the Kimberley mine.

In 1888 leaders of various operations decided to amalgamate the separate diggings into one mine, buying the concessions of many of the smaller miners - and DeBeers Consolidated Mines was formed and chaired by the famous Cecil Rhodes and Barney Barnato.

In 1927 - Ernest Oppenheimer took over as chairman from Cecil Rhodes and the Oppenheimer family still head the business today.

Many wars and conflicts have affected the diamond industry over the years, particularly in Europe. Antwerp has superseded Amsterdam as the diamond capital of the world, mainly due to the Spanish inquisition, religious wars and later, during the second world war, when the Nazi’s forced the mainly Jewish diamond industry from Amsterdam to Antwerp where it remains until this day.

In the 1950’s diamonds began to be mined in Russia and the state owned company Alrosa was formed. Russia is now the second largest global producer, originally selling its production to the DTC (DeBeers) for sale. Throughout its history, DeBeers and its headquarters for sales, the CSO and then DTC in London, was the major seller of 80% of rough diamonds. Up to the late 1990’s a chain of events led to DeBeers losing its monopoly on the industry and its now only selling aproximately 40-45% of world rough diamonds.

In the late 1960’s - diamonds were discovered in Botswana and the Orapa Mine was opened in 1972, shortly followed by the Lethlakane and Damtshaa. The Jwaneng Mine, the richest mine in history, opened in 1982. For many years Botswana has been the largest global producer of diamonds.

In Australia, the Argyle Mine owned by Rio Tinto, which marketed its diamonds through the DTC, decided to market its production itself. This was followed by the discovery of diamonds in Canada, first the Ekati Mine and then the Diavik Mine mining companies. BHP marketed the Ekati mine and a joint venture between Rio Tinto and Aber resources won the Diavik mine.

DeBeers formerly bought diamonds throughout the African continent bringing much help and prosperity to the region. But in the 90’s, many civil wars broke out with the war factions selling the diamonds for arms. In the late 1990's – this action caused DeBeers and consumer concerns and led to the culminating term ‘blood diamonds’, with DeBeers then deciding to shut all of its buying operations.

In the mid 2000’s - the final event was the European monopolies commission report into the contract it had with Alrosa, which was to market its Russian diamonds. This led to Alrosa breaking away and marketing these productions themselves.

At its height, when there were many civil wars in Africa, blood diamonds only accounted for 3% of the entire world production and these stones were not traded through legitimate diamond companies like Debeers, its sightholders and jewellers globally. There are now very few civil wars in Africa and diamonds do a lot of good in these regions bringing much needed revenue and investment to these countries and their people.